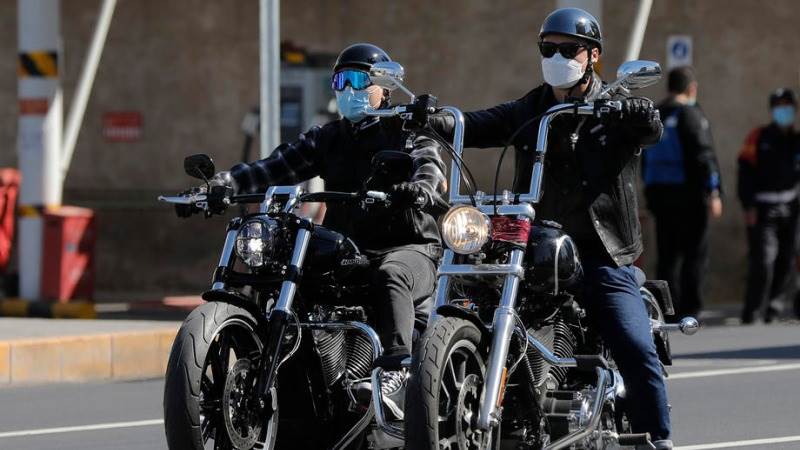 In the last eight weeks, we’ve gotten a shot of realism, that’s for sure.  We’ve seen how folks can’t figure out what to do, so they panic (and that goes for our politicians, too) and do nothing – or do stupid crap that puts lives in danger.

I don’t know where you lie on the political spectrum – and frankly, I don’t care.  This isn’t about that, but it is about people.  It’s about freedom, and our ability to work together to solve a common problem.  Right now, people are out of work, losing money they can’t earn, and stuck at home to “protect” them from something that is slightly more lethal than the flu.

Even worse?  We’re seeing people turning against each other – calling the police when they think their neighbor is going out too often, or not adhering to the lockdown.

Man, we’re back to living in either Nazi Germany or 1984.

Look, I’m not trying to bust anyone’s balls, here, but really?  I saw on the news a few weeks ago about a guy getting arrested for paddleboarding.

He was socially distanced as hell, and still?  They plopped his ass in county just as though he’d run over the mayor’s kid.  What pisses me off about this whole deal is simple:  we’re better than this.  Sure, we’ve got our challenges – a group of people who don’t know what bathroom to go to, another group who think a $4 cup of coffee is required drinking every morning, and as few of us who think motorcycles are a legitimate daily driver, but to rat out folks going stir crazy in their homes?

I’ve seen this same thing on social media, too – suddenly, these rocket scientists are now infectious disease experts and are warning of the end of the world if you go to the grocery store and decide to take the long way home.

Here’s something to think about, folks:  maybe that guy on the paddleboard, or the dude out on the back of the Gold Wing has decided to leave the house because if he doesn’t, he’s gonna lose that battle with sobriety he’s fought for twenty years.

Maybe that little old lady you see at Lowe’s, buying potting soil and flowers in the midst of the pandemic is trying to hold it all together because her family has all but forgotten about her and her garden is all she’s got, along with that little tabby cat she’s spoiled.

The great thing about most bikers is we don’t really care for convention.  Oh, sure, some of us are CPAs from Monday to Friday, but when we put on the riding gear?

“You do your thing and I’ll do mine, and let’s not worry about each other’s stuff.”

But since this lockdown?  A whole lot of folks are pissed when they see us – or anybody – doing something they think they can’t.  What really pisses me off, though, is this – folks can’t go to church, or to a restaurant, but they can go wander around a home improvement store or a grocery store for hours.  I can fly across the country in a sealed up plane with a basic sealed HVAC system, but I can’t go to the indoor shooting range with a far more advanced air filtration and pressure system to reduce the chance of airborne lead.

If you live in a state or Province that is getting ready to reopen, do me a favor – get out!  Ride all day, shop at all the little crap places that have been closed, tip the waitress an extra fiver, put in a tank of premium.

Just get out.  Smell the fresh air and quit letting the media control your thoughts.  It just might be that you realize we’re all a lot more similar than the media would have you believe – except for the chick in the white Suburban with her $4 latte – she really is a pain in the ass.

One thought on “A Dose of Realism”