In plenty of places in North America, October represents some of the best riding weather around.  Leaves are starting to change, you finally don’t feel soggy at the end of a ride, and Old Man Winter being right around the corner means that plenty of us are going to be putting up our bikes for the winter.

October in the Deep South of the United States can really suck. 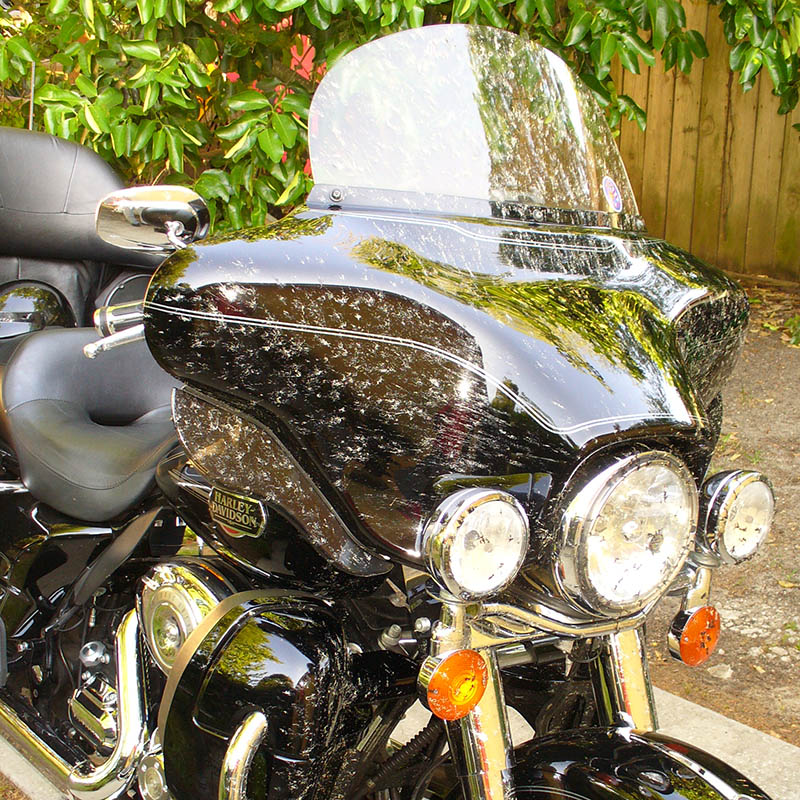 Yes, I said lovebugs.  Down here, for a wide swath of the month, the damnedest insect pest you can imagine pops out of lawns, mulch, thatch, and Hell and wreaks havoc on us.

And yeah, they’re called lovebugs.  Why do we call them lovebugs?  Well, they’ve stuck together in some sort of post-coital embrace, and so for everyone you see, there’s really two.  They don’t bite, they don’t sting, but they still really suck.

And the bastards are everywhere.

Here’s the real challenge – when they spatter all over your car, bike, fairing, engine block, leather – their bodies begin to turn acidic, so if you don’t clean them off older lacquer paint, it can etch it after only a couple of days.  At the same time, once the bodies dry, they seem to bond like epoxy to whatever they’re stuck on.  I’ve had a few splatter marks on my jacket that have simply never come off after years.

The good news is that they only “last” a few weeks, but in those two weeks, riding can really suck.  Clouds of the damn things hanging out near the roadways, squished on you and the bike, in the drink cup, in the car, in the house.

Last year, the remnants of Hurricane Irma blew through with 50 mile an hour winds for 8 straight hours.  As soon as the wind dropped and I came out of the house, what did I see?

Not a lot of them, but enough to be unhappy.

To make matters worse, I don’t think anything really likes them.  Birds that eat bugs seem to think of them like 10-year-olds look at broccoli.  I don’t even think the damned spiders like them.

Now, in fairness, I know that every place has some challenge to riding.  Down here, we can very nearly ride year-round, so taking a couple of weeks off in October isn’t the worst thing to have to do.  I only wish that they were easier to clean off and that they wouldn’t last quite so long.  As the days get shorter and the nights get cooler, you and I both know we get itchy to get on the bike and spend a long weekend exploring new roads.