About fourteen minutes after the first biker fell off the first bike and broke their head open, some enterprising individual probably decided a helmet was more than just a pretty good idea and began selling “motorcycle helmets.”

The problem, though, is even though science and medicine are amazingly advanced, our governments aren’t.  As a result, old medical advice and decades-old research is often the driving factor behind what helmets are “approved” for motorcycle use and what helmets can actually do to save your life. 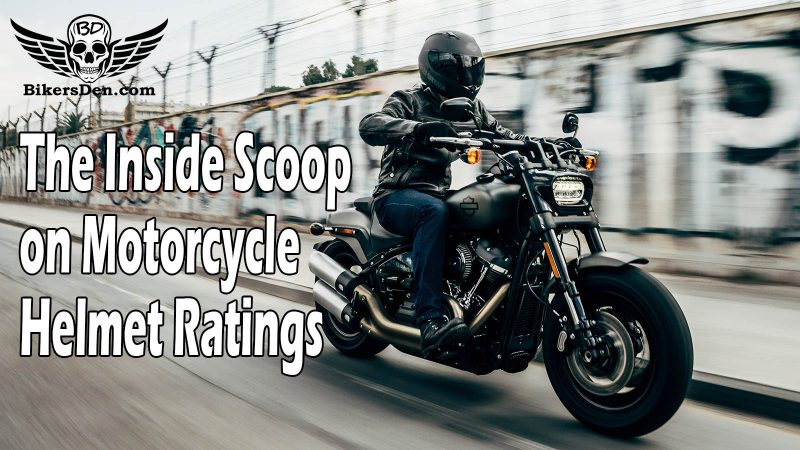 Let’s get the B.S. out of the way.  I don’t care what you think about helmet laws.  I don’t care if you bought a “D.O.T.” sticker at the last meet and now your crappy novelty helmet looks legal.

It’s your head, not mine.

Or let me put it another way … no matter how much beer you can hold and how well you do on the field sobriety test, if you blood alcohol content is over 0.08, in most states, you’re drunk.  It doesn’t matter how well you can maneuver, or drive, or count backwards, or walk the line, you’re still legally drunk.

Helmets are the same way.  Your helmet will either work or it won’t.  You’ll survive the crash or you won’t.

Your ninja-like reflexes won’t keep you out of the guardrail.

Now before I come off sounding like a safety fudd, I’m not.  I wear the smallest possible legal helmet I can BUT I know it gives me the slightest advantage of survival in a minor crash.  If the big one ever comes, we all know we’re done and our names on a stone at the Wisconsin Motorcycle Memorial Park.  I like not wearing a helmet BUT I don’t trust my fellow man enough to drive without my lid, even across state lines next door where I know I could.

Okay.  With all that out of the way, we’ve had a ton of people asking about what all the different certifications mean when it comes to helmets.  I can’t really answer that in one post, but I will try to get you to understand the challenge that helmet manufacturers have in designing a helmet for “motorcycle riders.”

So Who’s Going To Crash?

Here’s the first challenge.  Who’s crashing?  If you’ve ever been to Europe or an equally congested American or Canadian city, chances are, a surface-street crash means low speed, up-and-over, two rolls, and you’re done.  Honestly, that’s pretty survivable without a helmet (and a major reason the so-called ECE testing isn’t the best choice for North American users).  Yes, you could smack the pavement, you could hit a hood ornament, etc… but low speed generally means low(er) risk.   In Europe, you’d also be far likelier to be on a bike where the rider sits higher in the saddle than on a low-slung touring bike or a big V-twin in North America.

Now, let’s crash in North America, out on an interstate highway, doing 70 or 80 miles per hour.  Chances are, you’re going to slide, you’re going to tumble, and you’ll be a rag doll for a couple hundred feet.  High speed, impacting with heavy stuff – guardrails, trees, vehicles, etc.  You could argue that most, if not all, high speed crashes involving bikes are nearly unsurvivable and you might not be far off the mark.  If God’s got your number that day, you’re checking out, no matter how much safety gear you’ve got on.  It’s why we wear motorcycle leathers, and heavy clothing … and helmets rated differently.

Now, look, I’m not trying to make this into a “clickbait” kind of post, but the Boss here doesn’t like it when I let these posts get too long.  With that in mind, I’m going to cut this article off before I get into the different ways helmets can be certified, but I am going to tell you this:  Where you ride – as in what country – will dictate what sort of certification your helmet will have to have on it, but that doesn’t mean you can’t have a helmet “dual-certified” for your style or riding and your country, state, or province.

Right now, it’s enough for you to simply consider where you normally ride – is it in the city?  Out in the country?  Are you chasing stuff out in the woods on an Enduro set up that is also street legal?

Think about that and in the next article, I’m going to cover the alphabet soup on what the back of the motorcycle helmet really means and how testing actually takes place.