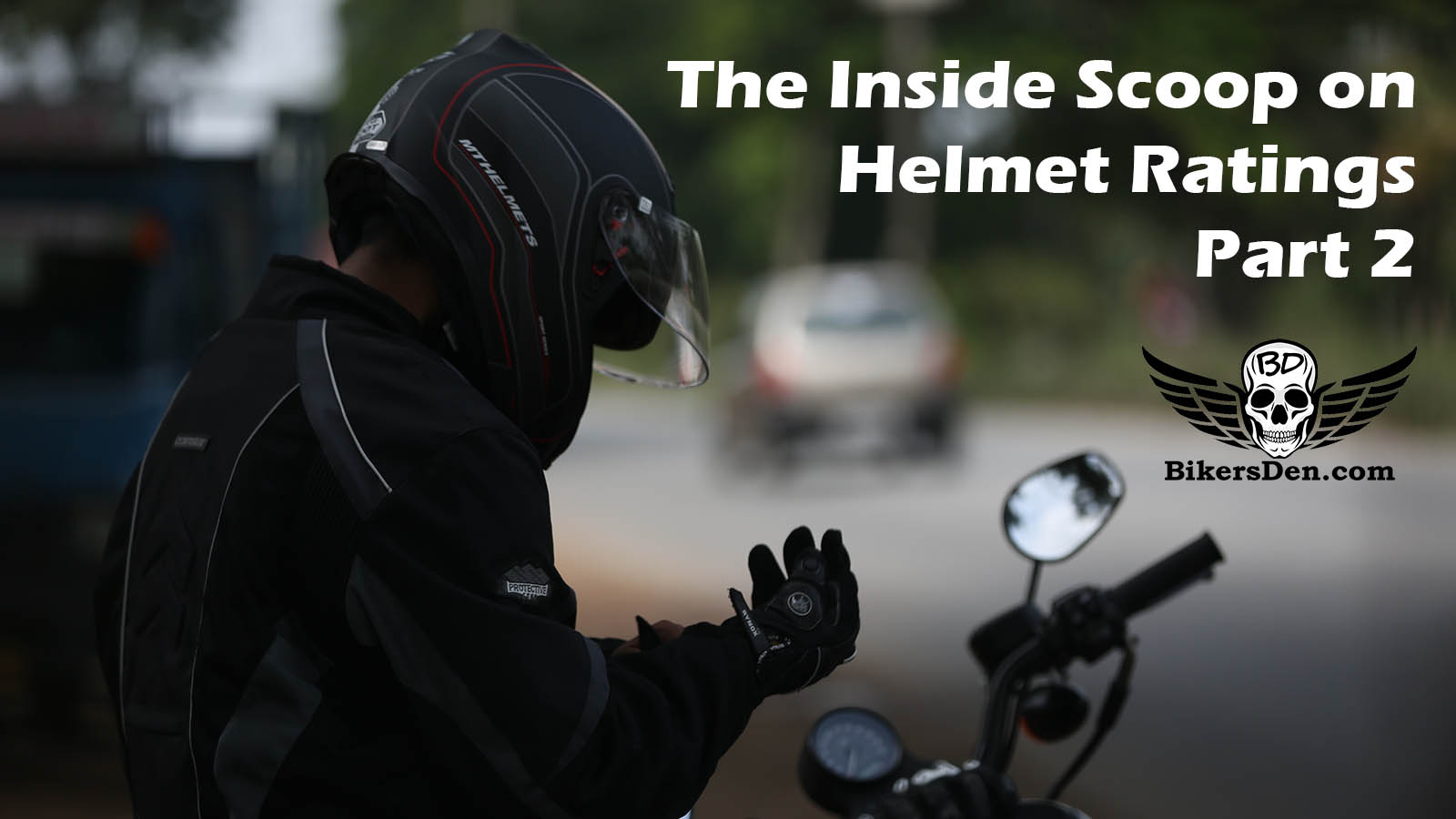 Okay, so in the last post, we went over how different riding styles dictated – or might dictate – different ways of rating a helmet for the real world.

Helmet laws are not necessarily there for our protection, they’re on the books to hassle us, but here’s the deal – helmets can save your life.  The numbers don’t lie, so don’t wave around one lone example as proof.

That’s the point here, not whether the laws are “good” for us.

…And it’s not against the law, either.

So let’s get back to the point of these articles:  Going over how helmets are certified and what that means for a rider.  Basically, in the U.S., you have to have a helmet built to DOT-standard, which is now defined under FMVSS No. 218 by the National Highway Traffic Safety Administration (NHTSA).  Up north, you’ve got a little leeway, in that Canadian riders can choose helmets that conform to the U.S. DOT standard, the Snell M2005, M2010 or M2015, meaning the helmet is certified in accordance with the Snell Memorial Foundation 2005, 2010 or 2015 “Standard for Protective Headgear for Use with Motorcycles and Other Motorized Vehicle,” or one approved by the ECE – the United Nations Economic Commission for Europe (ECE) Regulation No. 22.

What the hell does all that mean?

I knew you were going to ask.  Here’s the good and bad of each version… 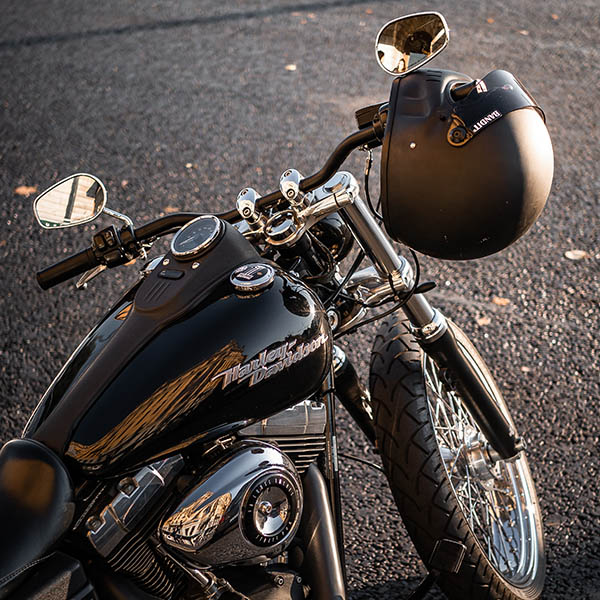 Now, full disclosure, I like the DOT standard.  It’s seems to be a pretty good way to test ALL the ways you could conceivably get in trouble in a wreck, but because it’s a “one size fits all” approach, a lot of people seem to think it’s not good.  In the DOT test, the helmet is not only tested for protection, it also tests the retention system, the field of view, penetration resistance, and impact resistance.

There’s just one problem:  manufactures are basically the ones doing the testing on their own products.  (Technically, “independent contractors are doing the testing for the DOT, but it’s still largely an honor system thing.)  So, in theory, a shoddy manufacturer could create a crappy helmet that is still “DOT legal.”

Next, there’s the SNELL Memorial Foundation testing standard.  SNELL has been an independent testing and research body for decades and was really the only independent shop testing and developing technology to improve helmet safety for a long time.  If you race nearly anything, chances are, your helmet has to meet SNELL standards.

Now, since SNELL is independent, they can beat the crap out of the helmet in testing, intentionally looking for weak spots to target.  I like that – because we both know when you lay the bike down, Murphy is going to align your head with the perfect point from which to break it open.

Lastly, we’ve got the ECE 22.05 standard.  In some ways, the Europeans took the American DOT standard and simply made it more detailed.  Unlike the DOT, every ECE 22.05 certified helmet model must actually be tested against the standard by an independent lab before it is available for sale with an ECE sticker.

There’s just one problem, and I mentioned this in the first article – average motorcycle crash speeds in Europe are significantly lower than in North America and this plays a key influence in the design of ECE impact testing.  ECE testing uses a smooth anvil known as a curbstone, which delivers a much lower energy blow than the hemi anvil (used in SNELL and DOT testing). ECE impact tests only consist of a single blow, resulting in a relatively low-energy testing scheme overall. While the DOT and SNELL testing allows a technician to strike a helmet anywhere within a range, ECE tests require the strikes at fixed points.  This leaves open the possibility of helmet manufacturers “gaming the system” and beefing up protection at those points to pass an unsafe helmet.

“So What the Hell Does This All Mean?”

The bottom line is this:  I think the 2015 SNELL standard and the DOT standard are the best for the riding we most often do in North America, but no matter what the sticker on the back of your lid says, there’s really only one way to know – do you walk away from the wreck?

For me, personally, I use one standard for my helmets, and that, ironically enough, is price.  Independent testing costs money, so if you have a DOT-legal motorcycle helmet that is also SNELL and ECE rated, chances are, you’re going to pay more for it.  If you take the additional costs of the helmet into account, over the lifetime of the helmet – say 3-5 years – and break that down into days on the bike, you’re going to find out that even the best helmet costs you less than a dollar a ride.

You spent that in coffee this morning, so quit bitching.

Next time, I’m going to give you the scoop on how to best deal with Barney when he pulls you over and isn’t sure about your lid…