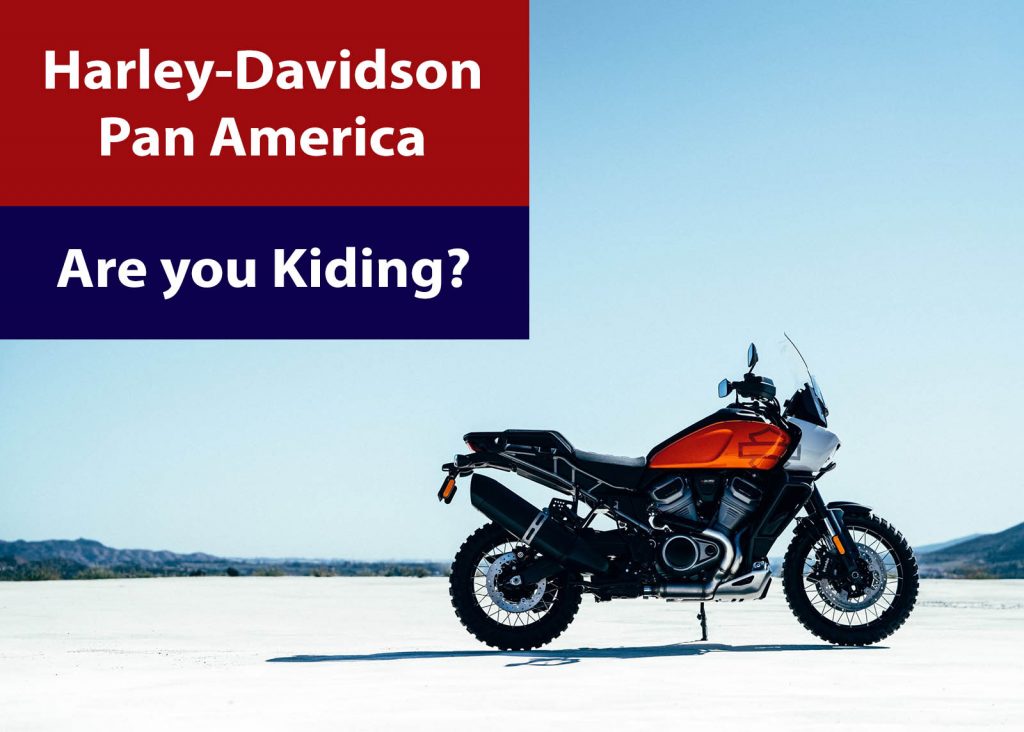 Okay, first things first – this is a review of a marketing plan, not a real product (at least not yet).  It’s also a question of what is going on in Milwaukee.

On February 22, 2021, Harley plans to unveil its new Pan America bike.  On the H-D site, they’ve got beautiful pictures, Jason Momoa (yeah, Aquaman) in leather, presumably riding a Pan America pre-production model, and a whole lot of what my professor in a long-ago classroom taught us was called “glittering generalities.” 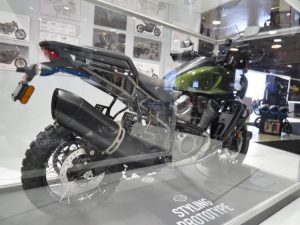 Phrases like, “Pan America is a two-wheel multi-tool built to endure, designed to explore, and engineered for adventure.  Find your freedom across new terrains in 2021” and “In 2021, we plan to launch our first Adventure Touring motorcycle. The Harley-Davidson® Pan America™ redefines ADV with a new powertrain and category-firsts: all to help you find freedom on your own terms across new terrains.”

It’s logical that the new bike is going to carry a new, widely rumored 1250cc engine, but Harley is playing very close to the vest on this one.  They’re planning a big roll out, and that’s great.  I actually hope they get the traction they’re looking for, but I can’t help but question the need.

In fact, here’s the biggest challenge I see:  In most of the Western world, we’ve got big cars, big trucks, and – for no real reason – too many of us in the wild suburban outback seem to have golf carts or some kind of four wheeled, multi-passenger all terrain vehicle.

In other words, vehicles (both street legal and not) that can carry plenty of folks and plenty of gear.  Folks are paying big money for this stuff, too – a neighborhood near my home has a whole bunch of families that have golf carts and side-by-side ATVs they seemingly love to drive around for no real reason, and much to my surprise, those things cost a fortune.

I think that Harley may have underestimated the market for a single rider off road vehicle that is really just a repackaged “dual sport” bike.  I may be wrong, and I kind of hope I am, but let’s look at the market…

Down in the Deep South, I can buy a side-by-side all terrain vehicle for about $12,000 if I shop around.  That gets me seating for up to four people, the ability to carry up to quarter ton of equipment, and four wheel drive.

I find it hard to believe that Harley is going to sell the Pan America for less than that, and for the “real” ATV crowd, a motorcycle is pretty useless.  For the Harley crowd, how many of them are really excited about an “Adventure Touring bike?”  More importantly, the “other guys,” like Yamaha, have been selling dual sports for decades, and they’re getting modest money – $5-6,000 for them. 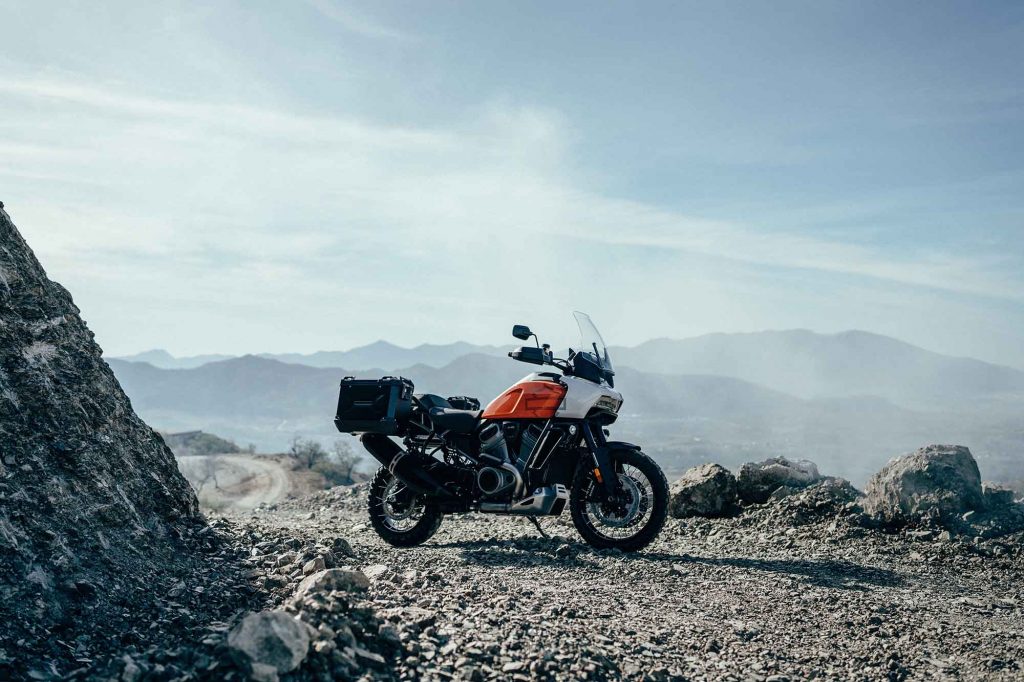 On the other hand, Harley has been trying to break into foreign markets for a long time, and the Pan America idea could be really useful there.  Take a few “road” trips in Central America or Indonesia and you can quickly appreciate good suspension and a durable off road ability.  Build it local, strip it down, make it legal, and make it fuel efficient.

Sell it for a few thousand shekels or clams or coconut husks or whatever the local currency is and I’ll bet you’ll sell several boatloads of them.  Emissions, in these developing markets, are usually pretty easy to get past.

But, as we look at the Pan America on the H-D site, can folks overseas afford a Harley?  If they can, would they even want to?  Japanese bikes have the support infrastructure already in place.  Hell, in many cases, they build them close by.

Harley, though?  I just don’t see where they have the reach – especially for a whole new drivetrain, and Lord knows what kinds of electrical system the Pan America holds in store for users.

The more I’ve mulled it over, the more confused I’ve made myself.  On February 22, 2021, Harley will officially launch the Pan America, but I’m clueless who’s going to buy it.  I think it might be a great bike, but the more I’ve thought about it, it seems like a solution to a problem nobody ever complained about.

One thought on “The Harley Davidson Pan America?  Are You Kidding?”