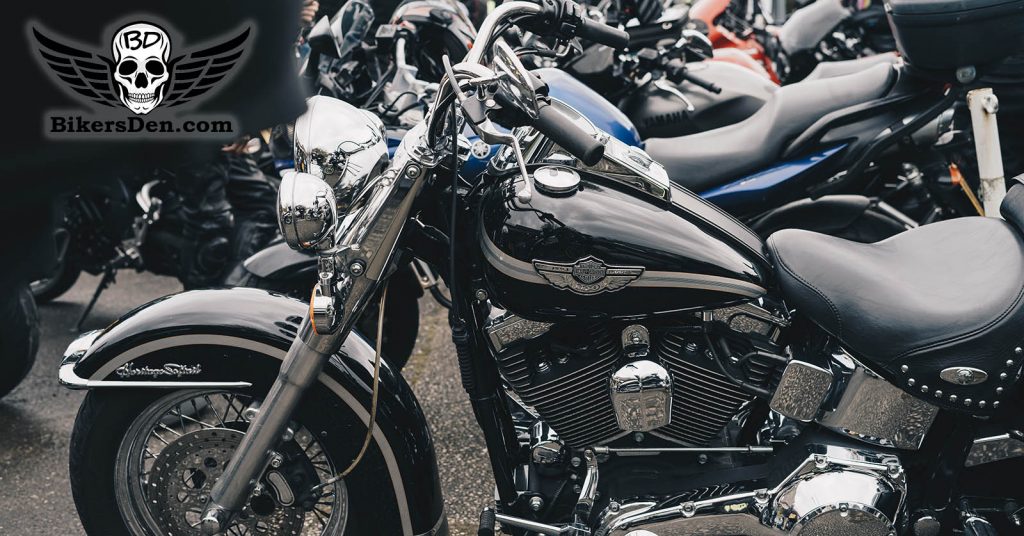 Alright!  It’s drying out down here and, according to my friends up North, a lot of ya’ll are chomping at the bit to get on the road.  Let’s get riding season off to a good start…

First of all, long before you try to turn that engine over, take a look at the battery.  If you’ve had it on a tender over the winter, great, but if not, a day or so on the trickle charger should put it right.  It’s a “set and forget” kind of thing, so do this first, then move on to the next things.

I hope, HOPE, you didn’t leave plain old gasoline in the tank all winter, but if you did, I hope is was “pure” gas, not the ethanol crap most stations sell.  If you put an additive like Sta-Bil in it, then you can move to the front of the class.  Good job.

Now, no matter how much ink has been spilled about storing gas over the winter, I’ve still had pretty good luck with fuel that’s less than a year old, especially if the tank was inside a garage.  You’ll probably be fine to get the bike to start, no matter what, but it’s a really smart idea to go ahead and check for water in the fuel tank.  Disconnect the line to the carb(s) and drain off a few ounces of the fuel and see if water separates.  If so, then obviously, keep draining until you’ve just got gas with no moisture.

Yes, there’s a chance there’s some water in the carb bowls, but, at least in my experience, once you get pure gas into the bowls, you are usually good to go.

Another big debate about that first start up after hibernation is about oil.  Personally, if a bike has set more than a few months, I like to roll the starter over with plug wires pulled just to force oil up into the top of the case.  Some guys go WAY overboard with this, pulling the plugs, soaking the tops of the pistons down with strange concoctions of oils and lubricants.  That’s great if your bike has sat for ten years, but over the winter?  I personally wouldn’t get too worried about it.

Another debate – and I’ve been quoted on both sides of it – is filters and oil changes.  If you changed them when you winterized them, I think you’re fine for that first start, but if you were lazy or winter caught you unprepared, then it’s probably smart to go ahead and replace them.

As inexpensive a fuel filters are, I actually buy them buy the dozen at NAPA for my bikes and my diesels.

While we’re on that subject, let me interject this – there’s a lot of bad info online about filters.  This “guru” says this, this one says that.  I’ve watched over the years as some old brands my grandfather swore by have become worse and worse.  Names we all recognize, too.  My advice?  Pick a lane and stay in it.  You aren’t marrying a filter, you’re using it for a few months and throwing it away.  Pick one your research says is good and simply use the damned thing.

Now, at this point, we’ve checked the quality of the fuel, potentially changed the filters, charged the battery, and now we’re ready to start, right?

Next, I want you to check your grounds.

I swear, over the years, I’ve chased more electrical gremlins caused by bad ground wires and cables than anything else.

Save yourself the heartache of the stealership “fixing” your bike by tracing out the ground locations on the bike and cleaning them.  Now, aside from the main ground coming off the battery lead, you’ll also find a few ground terminations in the harness.  So likely locations:  near the steering head under the tank, the clutch side upper transmission bolt (the throttle side usually has the main ground from the battery), also, take a look under the seat, I’ve seen them on more modern bikes tying to the frame there.

The point is, find them, unbolt them, and clean the connector, the lug, and the spot where it bolts down.  Use a dab of dielectric grease on all these pieces to limit resistance in the circuit and you know what?

You’ll probably be surprised at how some old issues magically go away.

I once had an old Dodge truck and the dash lights were incredibly dim.  I’d chased the problem for a few days, and then, believe it or not, I cleaned the ground wire from the firewall to the engine.

Don’t stop there, go ahead and clean the positive lug on the battery and slather a little grease on it, too.  Obviously, don’t shock yourself.

Now that you’ve got that all squared, go ahead and button everything back up, check and make sure you’re not in gear, and fire it over.  It might take a few seconds to catch, but when it does?

Just let it idle.  No need to rev the crap out of it.  Let it warm up a little before you try to beat on it!

Our goal here is to circulate the oil and flush any old fuel or moisture out of the carbs and make sure the bike idles smoothly and revs easily.  Check your gauges, if you’ve got them.  Oil pressure good?  Electrical charging?  How’s the idle – is it bouncing all over or is it reading like it always does?

Last, while you let it warm up, go ahead and check your lights.  Headlights, blinkers, brakes.  If you have one of the computer-controlled bikes, are there any “idiot” lights on?

Remember, the older the bike, the more primitive the electrical, so if you go back far enough, you might have to have some revs on the engine to really show the system as charging.

(Funny story – when I was a kid, my grandfather showed me how to tap the Bendix with a ball peen hammer and then polarize the generator on his Allis-Chalmers with a screwdriver.  That was the first hint I ever had that all a smart man might really ever need is a big enough screwdriver or hammer to solve most problems with machinery.)

In reality, it took me longer to write this post than it will take you to do all of this, but you really need to take those few minutes to get it done.  It’s not hard and, besides, it give you some time to play with the bike after not being able to do much over the winter.

Keep the shiny side up!