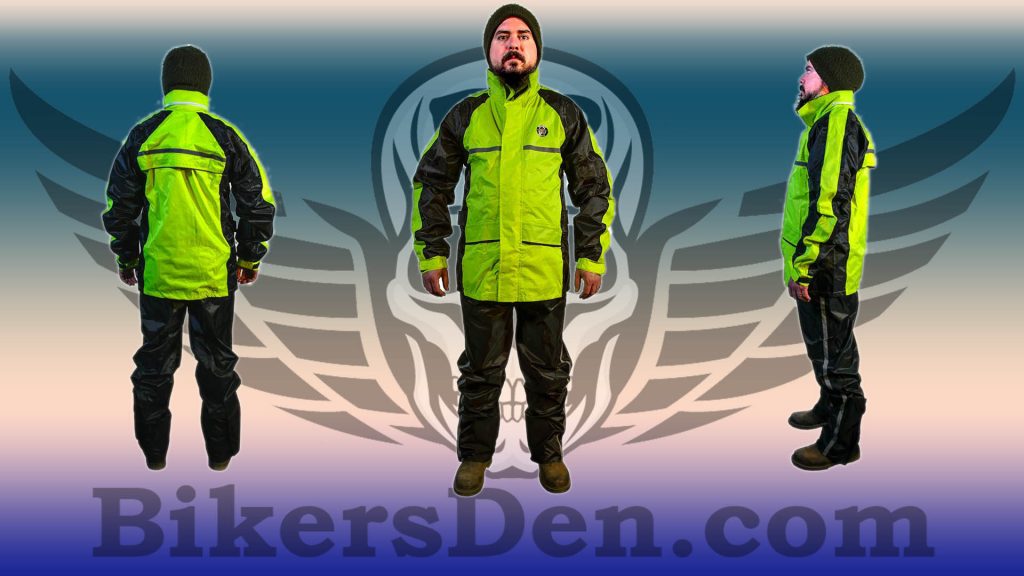 A million years ago, or at least a lifetime ago, as a new recruit in boot camp, my Drill Instructor, Sergeant Kirby, reminded all of us that the only thing we absolutely needed to have to go to war was our boots.

As with most Drill Instructors, Sgt. Kirby did this at a high volume, but he made his point.  By the time you were done with training, you knew how to use all the gear you were issued, but you also knew how to do without.

I’ve used that minimalist ideology a lot since then, and its reflected in what I’ll carry on the road with me, especially if that road trip is going to be long.  One thing I’ve always struggle with as a rider, though, has been rain gear.

No matter how well designed, I usually don’t like it.

Actually, I hate it.  Riding in the rain sucks, no matter how you slice it, even if you have a fairing and a windshield.  After only a few minutes, you can barely see, you’re soaking wet, you’re (nowadays) worried if your phone will survive, and you have to figure out how to get everything dry later.

If, like me, you ride an older bike, you also begin to worry about wiring.  Is that “weathertight” connector really weather tight?

Nevertheless, I’ve always – begrudgingly – carried some kind of motorcycle rain gear.  Years ago, it was just an old surplus Army poncho, which ended up doubling as a crappy tent, just in case.  I’ve tried the “real” raingear – heavy rubber stuff that does a bang up job of blocking the rain, but turns you into a sauna if the air temperature is anything over 85 degrees.

For years I tried to find rain-gear that worked.

For years, I’ve been frustrated by that quest.

A few weeks ago – in, what I might add, was one of the driest periods of time we’ve had here in months – no rain for over forty-five days – I heard about and decided to try a new waterproof motorcycle rain suit The Boss told me about.

I followed the recommendations and ordered a size larger than I thought I’d need and, a couple days later, it showed up here.

Not a cloud in the sky. 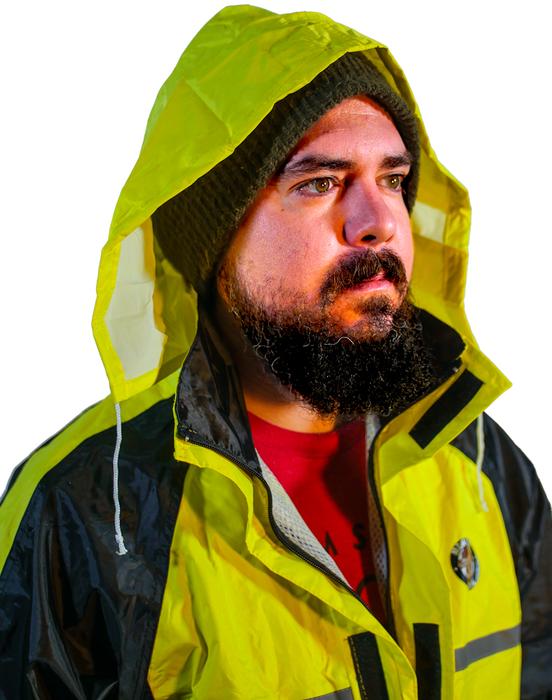 Finally, last Saturday, there was rain predicted and I took my new rainsuit out, dropped it in the bags, and rode off.  Clouds began to broil up, cooler winds began to blow and I looked forward – for the first time in nearly 30 years of riding – to the oncoming storm.

Let me tell you fellas, I chased that damn storm for twenty-four miles before I caught it and when I did, I hopped off the bike, jumped into my rain gear, and sped off.

Now, this was NOT a scientific test.  It was raining pretty good, but not a downpour, but me and the bike rode hard for about fifteen minutes – more than enough time to replicate the frantic search for a bridge we’ve all done, and when I pulled under the cover of a gas station to grab a smoke and wait for the rain to stop I discovered something nice…

I wasn’t wet.  I also wasn’t sweating like I’d just run three miles, even though the air temperature was about 80 degrees.

So, I like this rainsuit, and for the money?  It’s a helluva deal.

Here’s the pros, as I see them:

-The boot stirrups kept the pants from “blowing up” 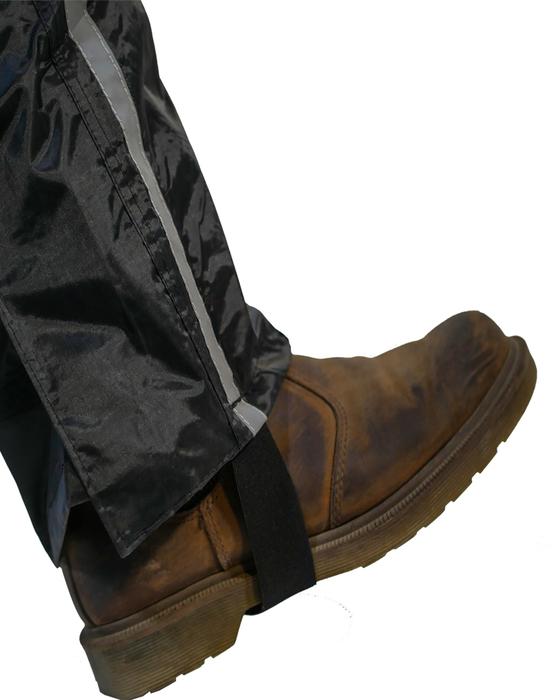 -I’d actually put the hood under my beanie and it still fit really well, and kept the rain out

Cons?  I really didn’t find any – I don’t really have an opinion on the bright color, but I secretly know it’s the smart thing to do so the idiots in their cars can see us better.  I haven’t weighed the suit, but I found it rolls up easily for being stored in your bags, and in a pinch, you could lash it to the bike if you have a sissy bar.

The real test, for me at least, is ensuring I actually put it back after it’s had time to dry.  I did find this suit dries off quickly – far faster than the “real” rubber ones I’ve worn in the past – which will help reduce having it stuffed back into a saddlebag wet.

For me, it’s a great addition to all those “little things” we always seem to end up stuffing into our saddlebags.