One of the things I’ve always enjoyed about the pastime of riding is how changes seem to exist outside of you.  You’re not only moving in (and through) a place, but as we ride, the environment we’re riding through changes, too.

That high country backroad that’s closed in the winter is really multiple roads.  There’s the first ride in the Spring, when you’re a little nervous being back on the bike, the temps are still low and you’re glad you had an extra pair of gloves stuffed in your bags.

A few months later, the trees are fully leafed out, and some of the vistas you could take in earlier are blocked by foliage, or maybe fields that were fallow are in filled with alfalfa or corn.  Those summer days, you’re happy for a light vest and a good pair of jeans, because it’s hot on the back of the bike in the summer sun.

As the days get shorter, that road is different again – you watch the leaves blowing across the road, hiding potholes from summer storms, and maybe you think twice about why you took the vest this morning instead of the jacket.

And yet, through it all, you and the bike are there.  Sometimes, drunk or dreaming, I could imagine all the rides I’d ever taken, crisscrossing this part of the country, interweaving into something that felt a lot deeper than my brain could imagine at that time.

I still feel like I’ve come up short when I begin to think of the rides we took, the imagery, the changes, and the way we – who are always changing – seem to stay the same in those rides.

I’m not the kid I was all those years ago, trying to forget about my failures in the roar of unburned hydrocarbons and a “born-to-kill” t-shirt, but that same kid, many years older now, still hears the starter zing over on the Sportster and smiles.  As riders, we’re not just taking in the ride, we’re a part of it – an unchanging part, even as so much else changes in our lives, our communities, and our society.

All this crossed through my mind a few weeks ago on a long ride to the Panhandle of Florida.  As usual, I’d gotten lost in the small towns that dot southwest Georgia and southeast Alabama, and in all those twists and turns, something funny came back to me:  a memory of a much younger me and an old riding buddy, now long gone to his own reward. 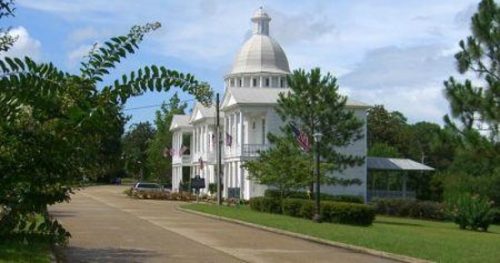 We’d gotten twisted up trying to get to Defuniak Springs, which was the next stopover for us on our way to the coast, and in those days before GPS, we’d simply kept heading south, counting on cutting I-10 as it made its way west across Florida.  We’d done that, and even though it’s been nearly thirty years since we got lost on that trip, my mind began to see landmarks from it.

A nearly abandoned commercial district in a small southern town, the railroad tracks that came in just so, and even now, I knew that I’d turn left I’d pass over a river and the road I needed lay just beyond it.

And yeah, it sounds weird, but I knew, just knew, which way to go.  We never forget the roads, even though they change every ride.

3 thoughts on “Making the Best of It”