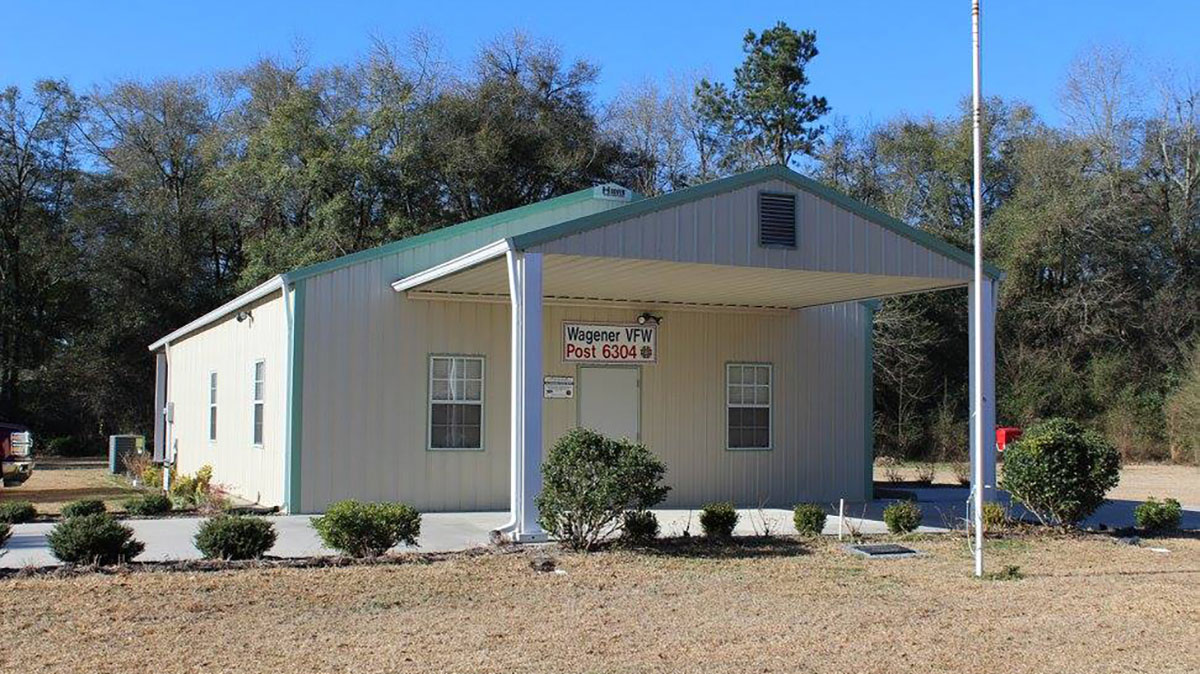 As I’m prone to do, a few days ago, with the promise of beautiful weather, I broke out the Sportster for a full day’s ride.  A few gallons of gas and a cup of coffee at the gas station was breakfast and in less than an hour, I was on unfamiliar roads in the vast agricultural lands of the southern United States.

Those backroads are where I really like to be – passing old homes fallen to ruin, farm machinery overrun with vines, or – as a stark reminder of how our economy has changed in less than a lifetime – vast corporate farms and pine plantations owned by men and companies that have never set foot on them and see their land’s value only in terms of red or black print on a cashflow statement. 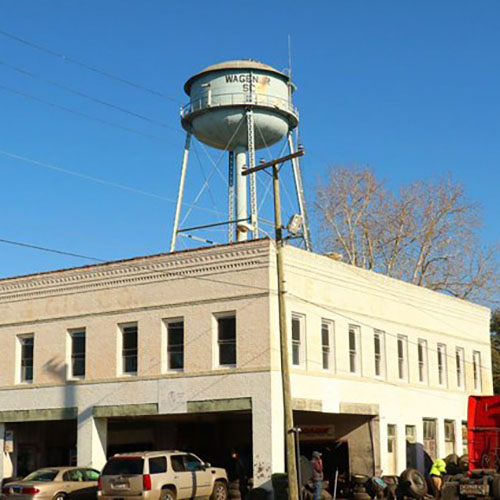 In a few hours, I found myself in the burgeoning metropolis of Wagener, South Carolina, and knowing that the tank would be getting low, I stopped at a combination gas station / liquor store / diner that passes for civilization in these forgotten towns.

I pulled the bike over into the shade to have a Coke and smoke my lunch and about halfway through that cowboy killer, an ancient Ford F250 without a single straight body panel – nor a reliable exhaust system, for that matter – pulled up and parked beside me.

The old timer that got out of it was the damnedest character I’ve seen in a while.  On a good day, he might have weighted 150 pounds, he had to be 75 years old, and he was all of about five foot seven.

I’ve seen men like that my whole life – tough, no-nonsense types that fought in wars, came home to wrestle profits from the land, and never shared their worries with anyone.

What struck me as odd was the way he looked at me and the bike.

Only a rider recognizes a Sportster, especially one as old as my daily.

This old cat did, right off the bat, and the thin smile he cracked as he spoke to me told me all I needed to know.

“Your old lady inside?”

The old coot couldn’t keep up the charade, though, and he began chuckling as he stuck out his hand.

“Name’s John Vines, and before I lost the vision in my left eye, I had a ride a lot like that one.  Damn sure got tired of folks telling me I was riding a girl’s bike, but I reckon you’ve heard that joke enough times to be tired of it.”

I returned his handshake and laughed with the old man.  “I guess so, boss.  Plenty of folks want to tell other folks how to do everything.”

“Aw, piss on ‘em!  I never could tolerate them do-gooders, anyhow!”

“Oh, hell, I bought my first Harley in … what?  Seventy?  Seventy one?  Bought it used from a fella on base in California when I had come back from the Land of Bad Things in the ‘Nam and was stateside for a few months and fell in love with the dang things.

“Watched them get forgotten about by all them Jap bikes that came here in the seventies, kept with ‘em through those crap ones they built with AMF and bought my last Sportster new on the showroom floor in about eighty-seven or so.  Dolled ‘er up and rode the snot out of it.  You’re old enough to remember how cheap gas was in them days down here.

“Blew the motor up after about twenty thousand miles and slapped in another one, then the soybean market went to Hell.  By the time I got back to flush with cotton on the farm, I had cataracts in both eyes and the doc couldn’t save but one of ‘em.

“I hated to have to sell it, but I did, and the feller what bought it rode it for a while and then gave it to his wife.  No idea what happened after that, but at least it went to a good home.”

By now, I was on my third smoke and starting to get an itchy foot, and John picked up on it.

“Son, I can see you’re ready to ride, and I don’t blame you.  Do me a favor?  Keep that ole shiny side up and when you get pissed off at all them folks that are so worried about how yer livin’?

“Tell ‘em John Vines said to kiss his ass if you don’t have the stones to tell ‘em yourself!”

With that, the old man, with just enough of a limp to suggest a long story, shook my hand, turned, and walked into the store.

So if you’re itching to get out on the road, my advice?  Go fire up the bike, and if anyone doesn’t like it?  Tell them John Vines said to kiss his ass. 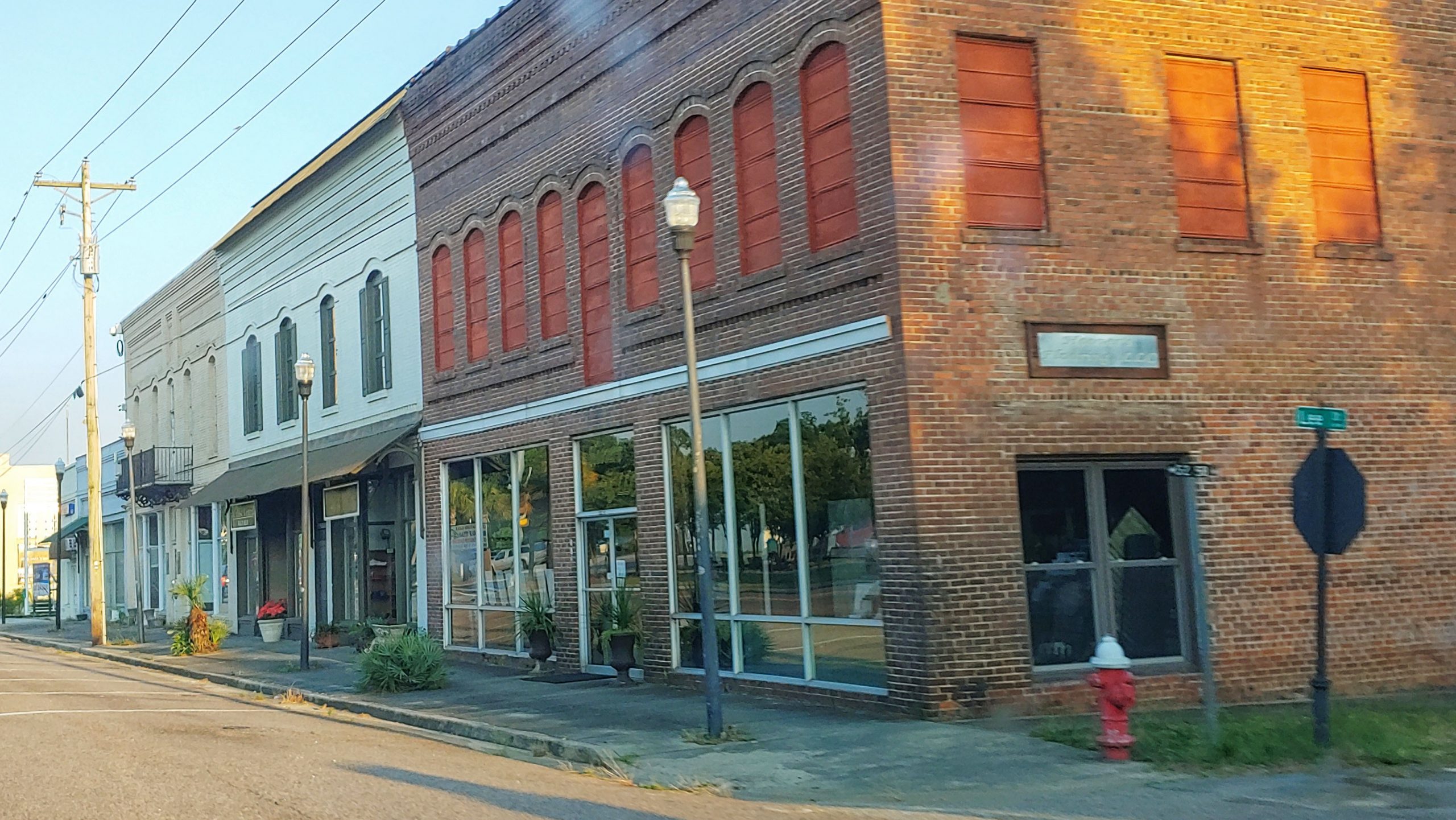