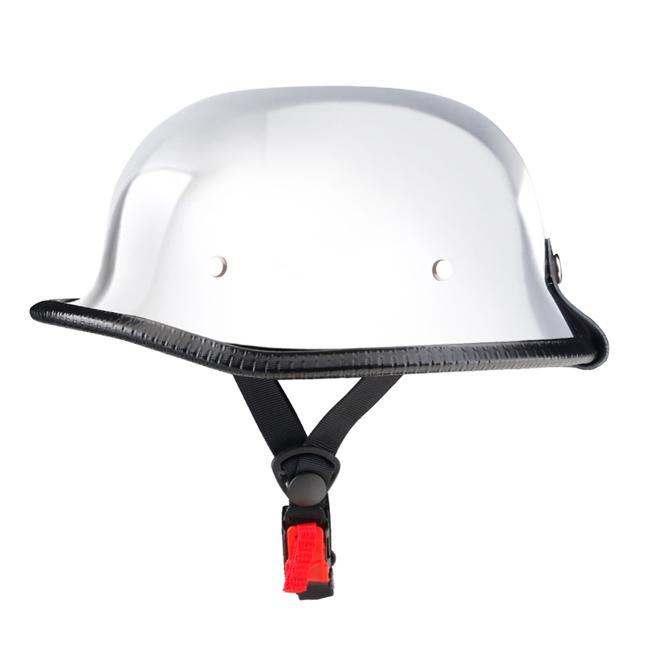 Over the last few weeks, as more and more lockdown b%&&$@ is coming to an end around North America and riding season is in full swing, I’ve been thinking about how we – as riders – aren’t too original.

Hell, after a long ride, we all smell about the same.

At least the crotch rocket crowd isn’t afraid of bright colors, color-matching helmets, flashy leathers, and so on.  What do we do when some dude flies by on a super bike looking like a Skittles commercial?  We make fun of him.

Oh, sure, we might acknowledge the fact the bike is a masterpiece of engineering, or looks nice, but for the most part, those of us on the cruiser scene are a bunch of cookie-cutters.

Now, I’m not knocking it, because I’m just as guilty of it, too.  It’s funny, because it’s the exact reason I still ride a “girl’s bike” (Sportster) – I got tired three decades ago of looking like every other dude on a Road King or an Electra.

Mother Davidson, in her marketing wisdom, used to use the phrase “United by Independents” in the advertising – and everyone in those commercials looked exactly alike.   Black leather.  Black boots.  Black beanie. Personally, I always thought a cool look would be to spray bomb a beanie to get some new colors.  I even tried it with some “poverty chrome” spray paint one time on an old lid and it looked … well … let’s just say it looked better in my head than on it.  At the shows and the swap meets, I always see novelty helmets that are at least cool looking, but you know if you ever tip the scoot, your head’s gonna get broken with that lid on.

So it’s pretty cool that Bikers’ Den tracked down a sweet looking chrome beanie.  It’s a German style that is actually DOT legal. Now … I know a LOT of you guys are gonna say, “Man, that looks stupid.”

Dude, there’s not a dress code for riding a freakin’ bike!  I thought it was about freedom and independence, not looking like every other guy on a cruiser on Sunday afternoon.  I’ll say this – if I’m out riding one day and see a guy with a chrome helmet riding a chopped up old Kawasaki, I already know I’m going to get along with him.

He’s building the bike he wants.

He’s riding the way he wants.

He doesn’t give a damn what you think.

It all really comes down to your particular skills, time, and bank account, too.  Most of us don’t have any choice but to ride what the factory built, not some $100,000 custom chopper.  Riding is fun, but it can get a bit pricey, too, and that’s one reason I think we’re seeing so many old Japanese cruisers being cut up into café racers and bobbers these days – they perform well and there’s only so much engineering needed to take stuff off a bike.

In the end, I don’t really care how you dress or what you ride, but if you’re tired of being just another old guy on a Harley, then check out some new styles – a chrome lid is a pretty damn good way to do it.