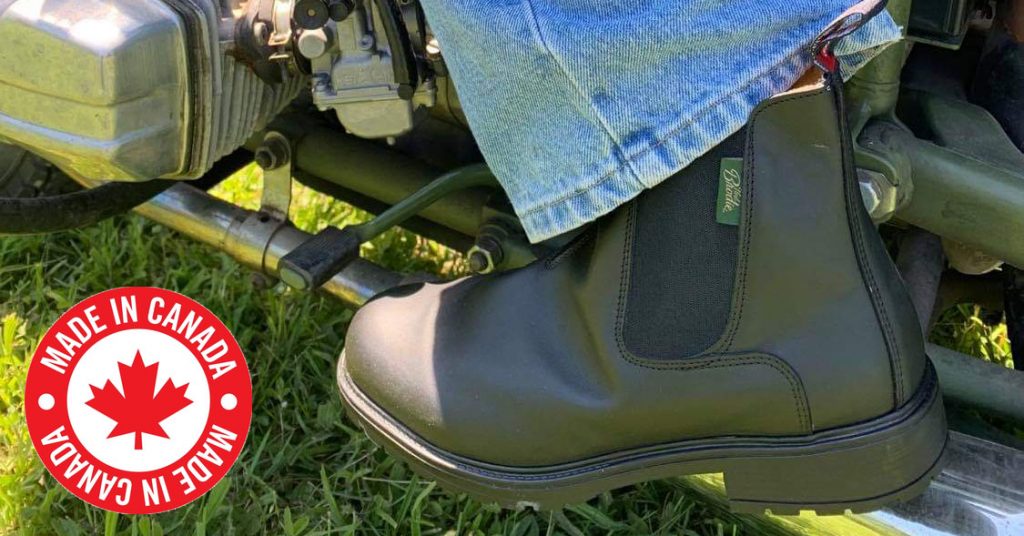 For months now, we’ve been consumed by bad news, strange news, weird times, and a media that keeps shoving terms like “the new normal” down our throats.

Let me give you some good news for a change… besides the fact it’s riding season. 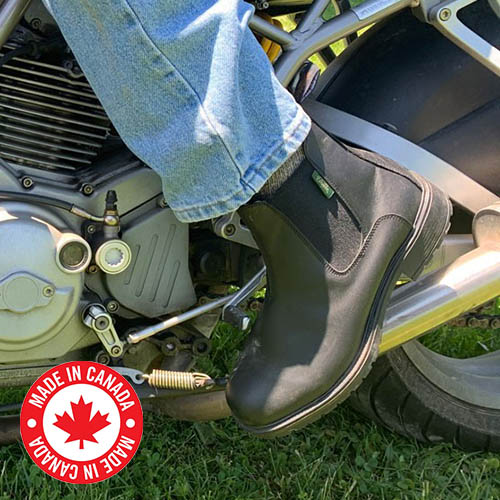 The Bikers’ Den is promoting some new boots.

…And the darned things are made in Canada!

Now, I have to be honest, I’m waiting on mine to get here and, if the weather keeps going like it has been, it’s still going to rain for another 34 days.

…So it might be awhile before I can tell you how they fit, how they hold up, and how they feel – and if they’ll finally have what it takes to retire my veteran Engineers.

But none of that really matters to me, because we found another company making high quality gear in Canada.  And that is the coolest part.

So let’s talk about that…  Those boots are made by Paul Brodie and they feature some nice touches that we – as riders – look for (and usually can’t get!).  Here’s the scoop:

In short, these new boots are boots that were made for riders, not simply a rebadged workboot or some crappy overseas knockoff with an American company’s name on it.  (I’m looking at you, Caterpillar…)

There’s something else, though, something that can’t be easily put into words…

The idea – correct or not – that more care went into the construction of these boots.

I mean, you can get leather and rubber anywhere in the world, but the fact a company made the decision to build these boots here…

They knew it would cost more to pay Canadians.

They knew they couldn’t hide behind weird corporate tax laws.

They knew they’d have labor rules they’d have to follow that are unheard of in the third world.

…And they’re building them here, anyway.

That’s a company I like supporting, and an idea that’s worth supporting.  In fact, I did a little poll among some of my buddies this last week and the main agreement was simple – stuff made here last longer.

Tools, bikes, anything made of metal, and yeah, boots, too.

So check them out here and see what you think.  “Style” is always in the eye of the beholder, but quality is something I think we can all agree on.